Sikhism 101 by Dilpreet Jammu on November 3rd at Mosaic.

Violence is not in the tradition of the Prophet 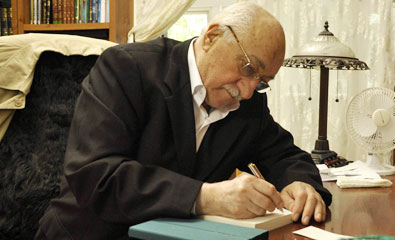 Muslims pray each day: “O Lord! Keep us on the straight path.” It is a prayer to help us move away from the extremes and maintain balance in our lives. We must neither be hostage to our reactionary instincts, nor must we remain completely silent in the face of the systematic defamation of our values and beliefs. This balance has been upset by the violent response to the insults targeting the legacy of beloved Prophet Muhammad (peace be upon him). The violent response was wrong and strayed from the straight path.

Muslims should not be indifferent with respect to the attacks on the Prophet (PBUH). On the contrary, they must show the utmost sensitivity and caution. Those insulting Islam might be seeking to depict a negative image of Muslims, and hence justify discrimination, isolation, persecution or deportation. The deliberate instigation and creation of turmoil in the Muslim world is not new. Our sacred values were attacked in the past through cartoons, today it is done through a movie and cartoons in a French magazine, and tomorrow other means may be used. Muslims must not be beguiled or enticed but instead must speak out to prevent those who are more easily provoked from resorting to violence.

When any negative comment is made about the Prophet, however slight it may be, a Muslim should feel deep sorrow. Yet expressing that sorrow is a different matter. Irresponsible actions by individuals damage the image of Islam and destroy the very tradition they are claiming to defend.

Since the rights of every Muslim, as well as God, the Koran and the Prophet are at stake in such a circumstance, one cannot act recklessly. One should scrutinise the possible ramifications of each and every action, and seek the wisdom of the collective judgment.

The question that we should ask ourselves as Muslims is whether we have introduced Islam and its Prophet properly to the world. Have we followed his example in such a way as to instil admiration? We must do so, not with words, but with our actions.

If suicide bombers are the first things that come to people’s minds, how could they have a positive opinion of Islam? How is killing innocent civilians indiscriminately different from the barbarity suffered by Muslims in history? What is the rationale behind attacking an American consulate in Libya, killing an ambassador and consulate officers, who have nothing to do with this wretched movie? If it is Muslims who are carrying out these attacks, it means that they are entirely unaware of what Islam is all about and are committing the biggest crime in the name of Islam.

A Muslim must always be straightforward and consistent in his actions and words. He should respect the sacred values of Christians, Jews, Buddhists and others as he expects his own religion and values to be respected. In reacting, a Muslim should not sway from the proper middle path. Many correct forms of response can be found by appealing to the collective conscience of society and to the international community.

Hate speech designed to incite violence is an abuse of the freedom of expression. It violates the rights, dignity and freedoms of others while pushing humanity toward conflict in an age of horrifying weapons. Instead of falling victim to the instigation of others, we should appeal to the relevant international institutions, such as the Organisation of Islamic Co-operation or the UN, to intervene, expose and condemn instances of hate speech. We can do whatever it takes within the law to prevent any disrespect to all revered religious figure, not only to the Prophet Muhammad.

The attacks on the Prophet we have repeatedly experienced are to be condemned, but the correct response is not violence. Instead, we must pursue a relentless campaign to promote respect for the sacred values of all religions.

The writer is a Muslim scholar in the Sunni tradition and honorary chairman of the Istanbul-based Journalists and Writers Foundation.